What do European Teenagers know about the E.U. - Questionnaire

Twelve (12) Greek students (8 girls and 4 boys, aged between 13 and 15 years) answered the questionnaire. Their answers are summarized below: 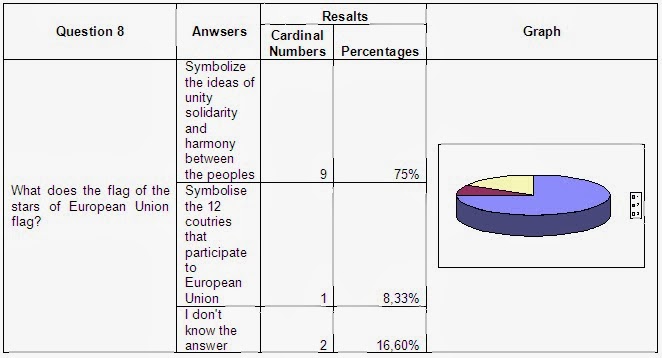 The results show that our students don't know enough things about E.U. So, we decided to make an exercise about E.U. to help them to know E.U. better.